The Evolution of the Record Player 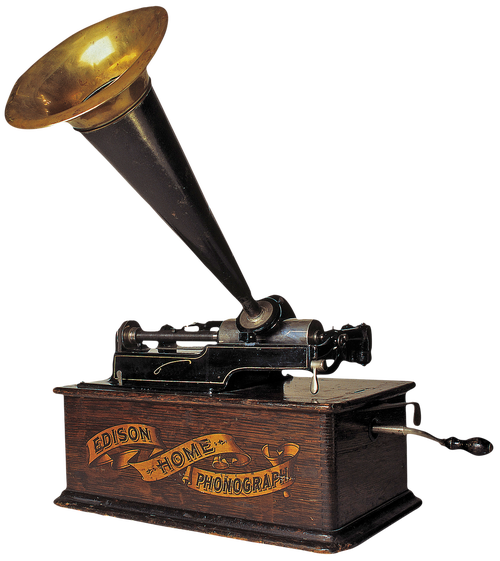 Record players make an excellent addition to any retro lovers collection, and there have been many machines that have undergone modifications or gained perfection after many years of experimentation. Here are just a few record players from the past.

There were many early inventions that attempted to play sound, such as phonographs. However, the phonograph began to attract attention when discs with needles started to move through grooves on the machines. Phonographs underwent many modifications to both discs and cylinders during the late 1890s’ and early 1900s.

The gramophone was the first commercially viable form of record player made in 1887 by Emile Berliner. Vinyl was also created in the early 1900s after years of experimentation, and a crank was added to the side of the gramophone for spinning vinyl. Cylinders also continued to change during this period.

In the 1930s electric turntable systems with speakers and better amplification came about. The new machines were plagued by torque and vibration issues. The belt-drive turntable was much more efficient because it had a motor preventing vibration. The three-point suspension turntable and belt drive models of the 1960s were even better because they required no belts or wheels.

Record players eventually gained popularity in the 1960s and 1970s with the addition of high-fidelity sound reproduction and several high-quality brands entering the market. The turntable system gained popularity again in the 1980s and 1990s as DJs began to scratch records for new sounds in hip hop music. Record players returned to music stores after a lull, and many artists continue to release their records on vinyl. There is a niche market for new record and vintage players today.

Record Players will be here for many years to come due to the originality and fascination for many., Perhaps another era for vinyl is on its way, and nobody can predict the future. Record players are still an enjoyable alternative to more modern music players.