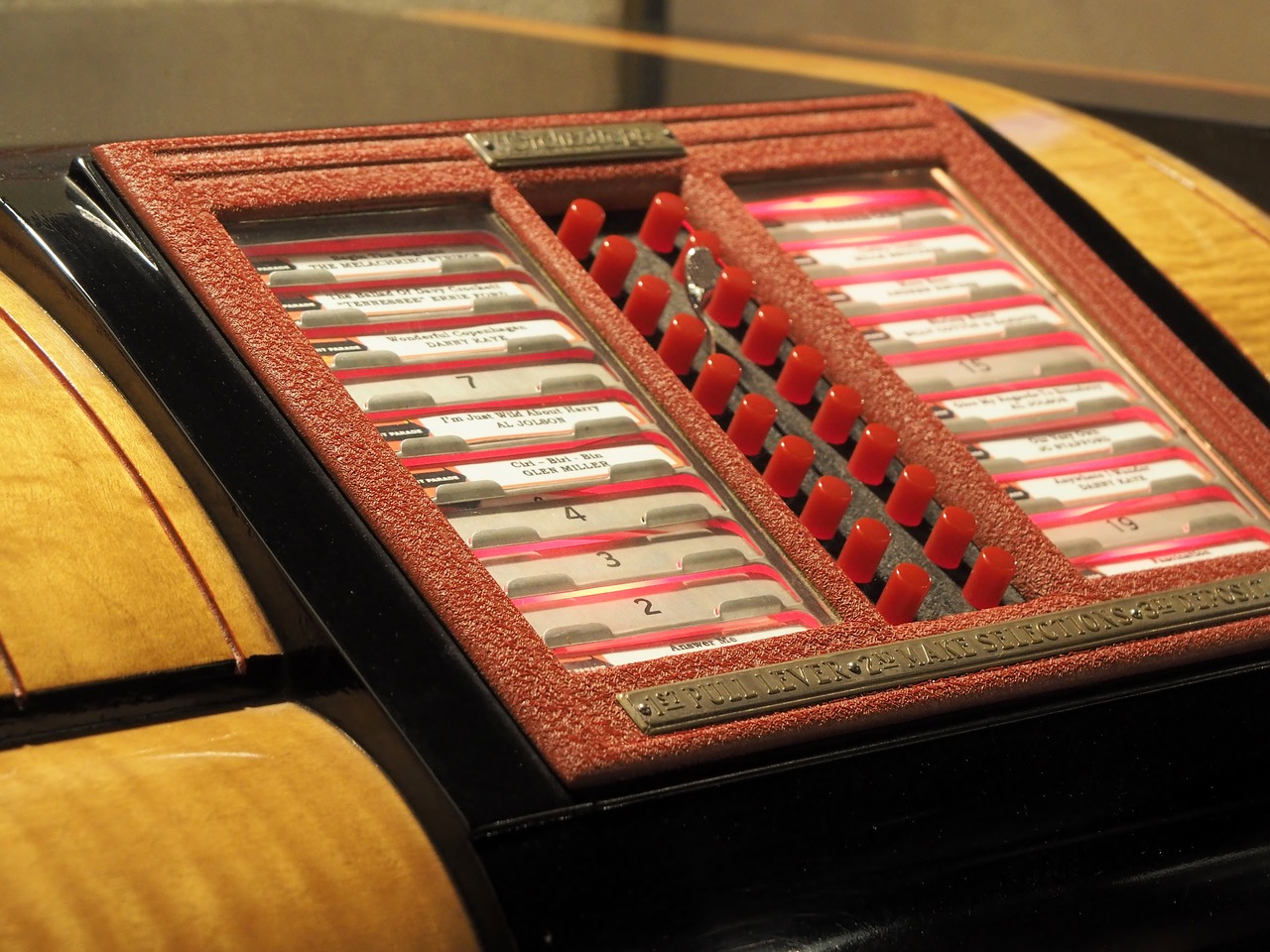 The word “jukebox” originates from 1940s America. It likely comes from the phrase “juke joint”, meaning rowdy or disorderly. People would refer to playing loud music as “juking”.

The designs of 1940s jukeboxes switched from plain wooden boxes to more elaborate and colourful plastic machines. The Wurlitzer 850 Peacock is a good example of what would later be called “classic jukeboxes”. However, the advent of World War II meant that the use of metal and plastic was limited. As a consequence, no jukeboxes were commercially made in 1946.

Some designers got past these restrictions by creating wooden jukebox models. For instance, the 1942 Wurlitzer 950 had coin chutes made from wood instead of metal. Once the war ended the production of plastic and metal jukeboxes resumed. 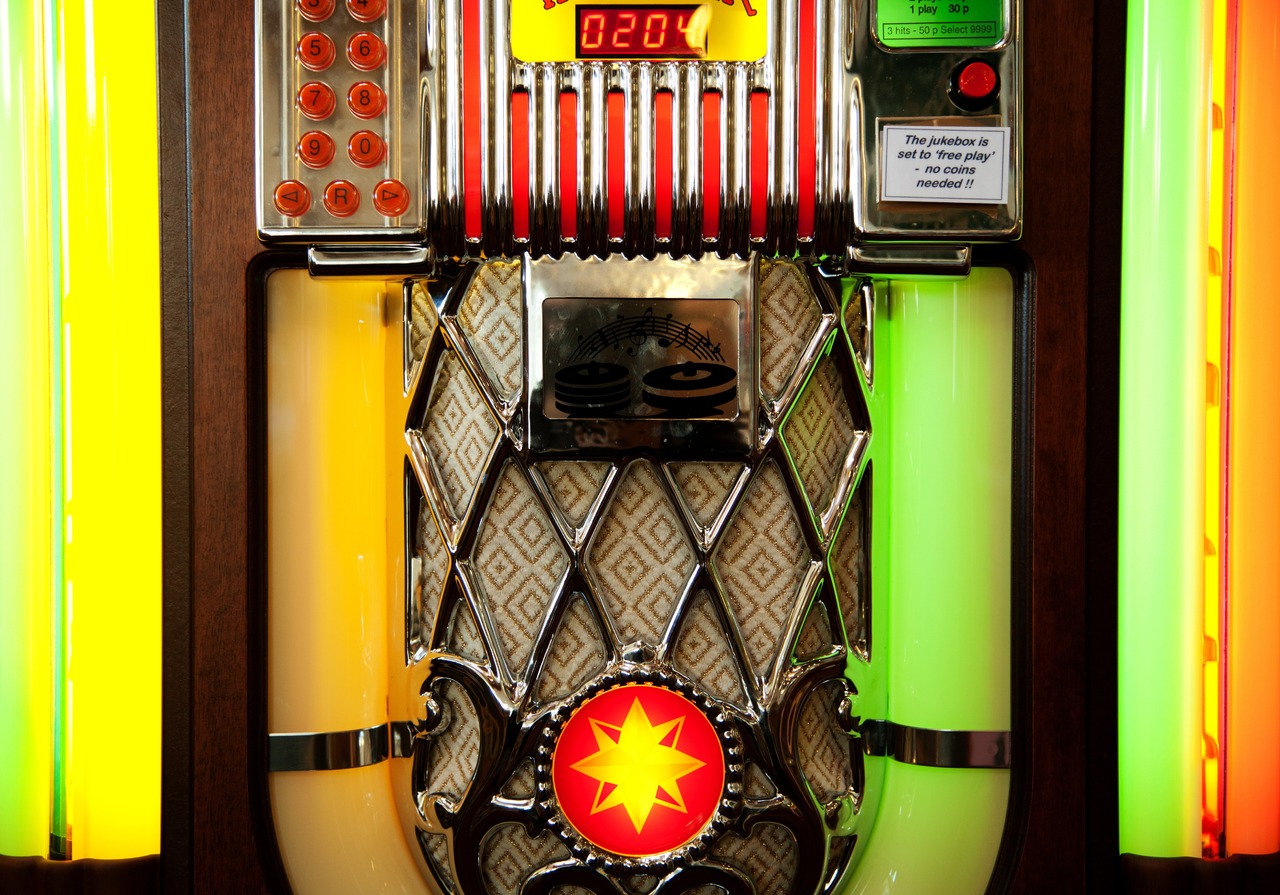 were warped onto the plastic. It was also common for lights to turn on when the music was played.

Mechanisms told owners which songs were being played the most. This allowed them to know what music was popular with the public. The best tracks would remain in the machine, whilst the lesser played ones were replaced.

Wallboxes began to be an important part of classic jukebox designs. They served as remote controls, allowing customers to select songs from their tables. The 1949 Seeburg 3W1 is a good example of this design. It featured 100 selectable songs. During the 1960s stereo sound gained dominance. Wallboxes were built to incorporate these types of sound systems.

For much of the early 20th century jukeboxes contained music recorded onto wax cylinders. In 1950 vinyl record jukeboxes were finally developed. The Seeburg Corporation was the first organisation to release them commercially. This system of recording became the staple for classic jukeboxes.